One of the key measures in the new Domestic Abuse Bill being laid before Parliament is the establishment, on a statutory footing, of an ‘Independent Office of the Domestic Abuse Commissioner’. The intended task of the Office is to lead government policy on preventing domestic abuse, including the publication of reports to hold Government to account for its impact in this field. A ‘Designate’ Domestic Abuse Commissioner was appointed in September 2019, pending the assent of legislation to formally establish the body. Importantly, the government has appointed a Commissioner, Nicole Jacobs, who has the necessary commitment and experience having worked for anti-domestic abuse charities.

This proposal indicates the government’s belief that it is necessary and desirable to establish a specific body dedicated to driving improvements in tackling domestic abuse. This ‘institutionalises’ this goal within the government machine, and therefore makes it more likely that the government will actually succeed in tackling this evil.

Meanwhile, in the field of animal protection policy, since our creation in 2011 the Centre for Animals and Social Justice has been calling for a similar type of body – an ‘Animal Protection Commission’ – to establish animal protection as a government priority and therefore lead improvements in preventing animal harm. Although this critical proposal has gained support from most of the UK animal protection movement and some political parties, it has met with strong resistance from within government. It is also important to bear in mind that the idea of an APC predates the election of the Conservative-Lib Dem Coalition Government in 2010, and thus general indifference towards animal harm can be found across the political spectrum and, indeed, is a deeply institutionalised feature of the British state.

This raises the question: why has government accepted the logic of an independent anti-domestic abuse body, but not for a similar body to reduce animal harm? One of the biggest factors behind this situation is that, unlike domestic abuse, many forms of deliberate animal harm – e.g. farming systems such as intensive broiler production – are legalised, supported by government, and perpetrated by powerful economic interests who dominate government policy-making. This means that animal harm is not seen straightforwardly as a ‘problem’ by government, and so they do not perceive the need for any systematic ‘solution’, such as an APC.

However, this indifference to animal suffering isn’t just found where there are powerful countervailing interests. The UK has some of the feeblest anti-cruelty legislation in the world, with a maximum prison sentence for animal cruelty offences under the Animal Welfare Act of just six months. A growing backlash against gratuitous animal abusers getting away with their crimes has finally led to government proposals to increase maximum sentences to 5 years, but this long-overdue improvement remains on the drawing board. The lack of any voice to represent animals within the government machine is a key reason for the historic failure to make the punishment fit the crime in this field.

The appointment of the Designate Domestic Abuse Commissioner shows that government understands the basic principle that if a policy goal is important, it should be reflected in the institutional architecture of the state. In other words those values need to be properly represented in government. It gives some hope that government might learn the lesson that the same applies in the field of animal protection. Our CASJ-funded PhD researcher Dr Lucy Parry has successfully completed her project at the University of Sheffield investigating the political battle over fox hunting and has had her work published in eminent academic journals and conferences.

Obviously, the whole point of our research is that it leads to better protection for animals. So on 10 May 2017 we organised a symposium in London attended by Britain’s leading animal protection organisations where Lucy presented her critical research findings (below).

We have published a report entitled Analysing the Foxhunting Debate: Implications for Animal Protection which summarises Lucy’s PhD thesis for a non-academic audience. This publication helps to fulfil our Centre’s mission to communicate its research findings to the public, animal protection NGOs and government policy-makers in order to increase understanding of the social and political factors that have a decisive impact on the progress of animal protection.

Dr Parry explains that despite the enactment of the Hunting Act over a decade ago, fox hunting remains arguably the most controversial animal issue in British politics. The debate over fox hunting is highly politicised and contentious, as indicated by the prominence of the topic in the current General Election campaign. In the past few years there has been growing interest in the political aspects of animal ethics, with an increasing number of academics offering theoretical approaches rooted in politics and philosophy to enhance animal protection (see Garner and O’Sullivan 2016).

The report is a summary of the thesis, highlighting the key findings for animal protection. She uses deliberative democracy as a lens through which to evaluate the fox hunting debate. She first identifies four different viewpoints on hunting in the public sphere, and examine how animals are represented within these narratives. She then follows these four viewpoints into Westminster and examines the parliamentary fox hunting debate. Dr Parry finds that despite considerable entrenchment and hostility, moments of reflection and geniality can be found in the hunting debate. However, her analysis of Westminster reveals the distortive influence of party politics and the intractability of the hunting debate. This undermines the potential for meaningful deliberation and animal protection.

Dr Parry’s last point identifies the historic gap in animal protection research and advocacy that the CASJ’s unique work is focussed on. Dr Parry’s research was part-funded by the CASJ in conjunction with the University of Sheffield. We are grateful to the University of Sheffield’s Department of Politics and her supervisors, Dr Alasdair Cochrane & Dr Hayley Stevenson for their invaluable help and support. 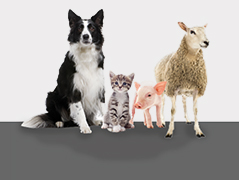